Recently, there are many expat’s communities living in Hanoi. While the European/American prefers apartments for rent in Tay Ho or Hoan Kiem, now, with Korean community’s increase, some places below may be called Korean hometown and apartment for rent in Hanoi, at the same time, has been developed in order meet the needs.

Below are some favourite districts the Korean expats often rent apartments/houses:

Located near Hanoi center, Kim Ma is chosen to live by most Japanese and recently South Korean expatriates. Japanese Embassy is on Lieu Giai Street and about 4 minute walking there is Korean Embassy at 28th floor of Lotte tower. Kim Ma is also often called Midtown area with many attractive modern apartments, Japanese- Korean restaurants, stores,… And foremost, since Lotte tower was built, apartments here attract a lot of Korean expatriates as well as Japanese expatriates. Prior to 2014, Nam Tu Liem was just a commune and located in the West of Hanoi. However, now it seems central Hanoi with rapid growth, leading to many projects of apartment for rent in Tu Liem. The area can be described as a middle class suburb with a population that includes many expatriate teachers who work in the local schools. Especially, on Pham Hung Street, Keangnam tower is considered the tallest building in Hanoi and supplies a lot of modern apartments for rent as well as for sales. Also, in this building, there are many offices and 5 –star- utility system. Not far from Keangnam Tower is Golden Palace tower. Apartments for rent in this building are favoured by Korean families. There are international school, school bus and many restaurants, cinemas here. Apart from apartment, you also could choose some new houses or villas on the West of Pham Hung Street.

In Cau Giay District, there are many places where Korean preferred to live. Among them, Trung Hoà – Nhân Chính is emerging as the new city’s commercial center. It lies partly in the southern part of the district (Trung Hoà ward) and is usually preferred by Korean Expatriates. In addition, on Xuan Thuy Street, Indochina Plaza Building with modern design, incredible view and ideal lifestyle is also favoured. Something should be considered before choosing where to live in Hanoi

As usual, deciding where to live for a long time is the first thing a foreigner, especially expatriate thinks about. This will be affected by personal preference as well as preferred lifestyle.  Some choose apartments for rent which are near their workplace, however, if you have children, you should prefer to live closer to the school that you choose for them, especially if they are very young. However, most international schools often provide a bus service.

Above are some typical places for Korean expatriates. In Hanoi, there are also other buildings and areas. Hope this article will be useful.

How to invest in Vietnam real estate – Ultimate guide for foreigners 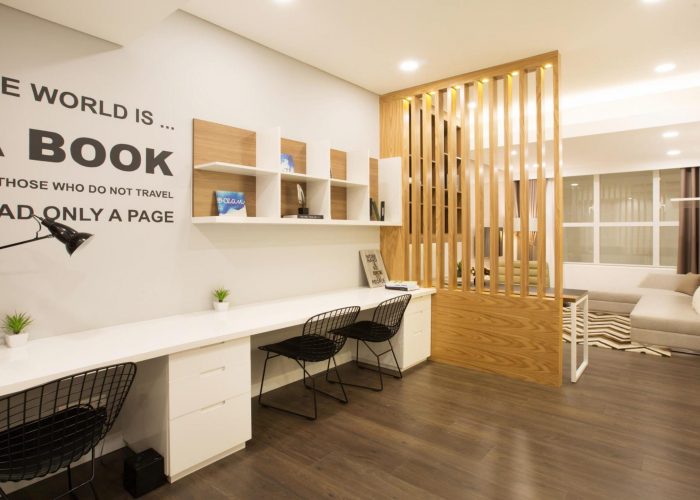 What types of houses in Vietnam should expats buy?